The warm coast with a historic hinterland

Read the Costa Cálida in a bird's eye view to see what you can see, do and what there is to experience. 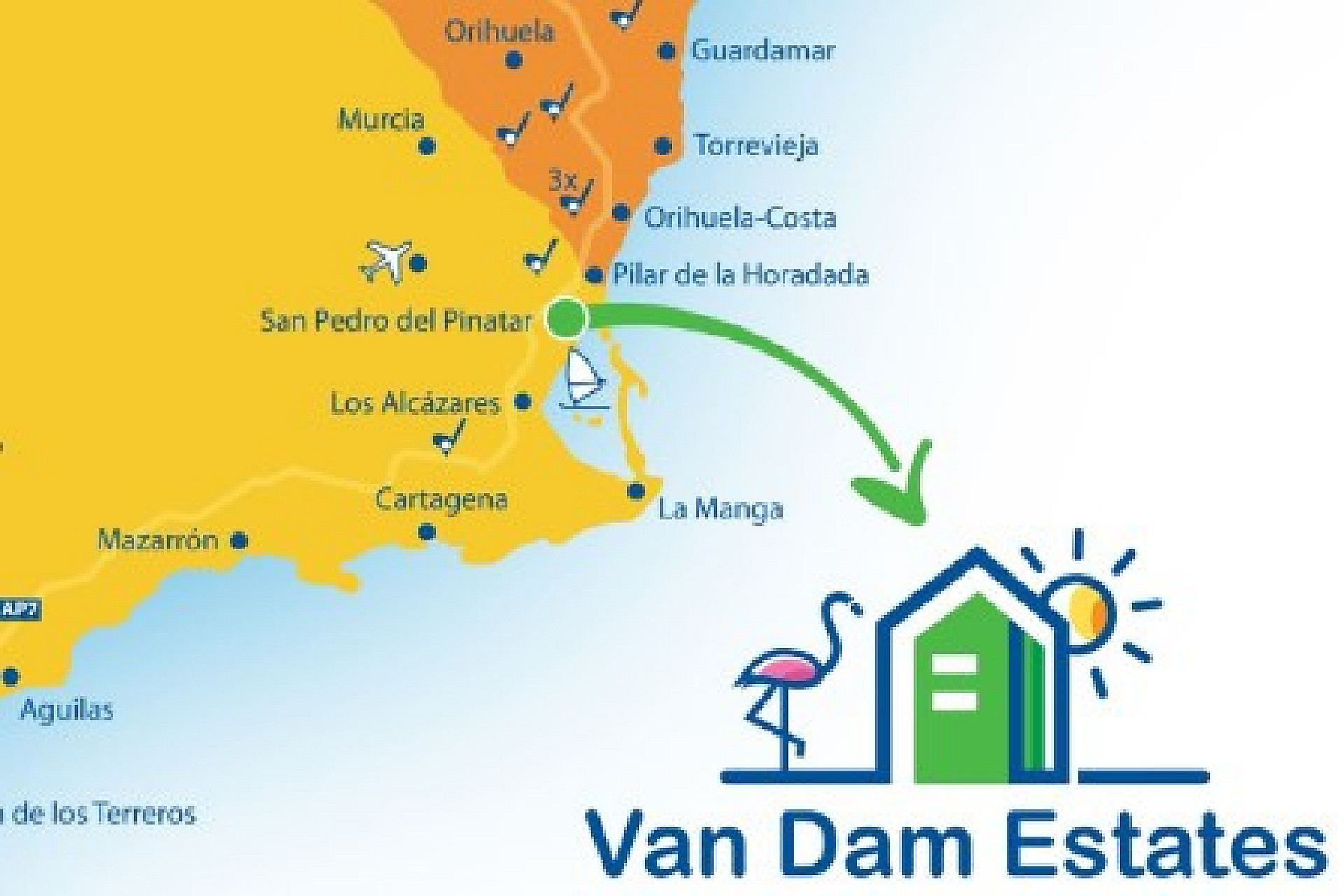 The Costa Cálida (Warm Coast) is the 250 kilometer long coastline south of the Costa Blanca. Tourism and construction activities are on the rise here. That is not surprising. The area has a warm and fairly dry climate with a lot of sun. The naming of this Costa, which stretches from El Mojón in the north to Aguilas in the south, is very appropriate. But it's not just the beaches, but all the extras that make the coast and the province of Murcia of which it is a part, a sought-after holiday destination. Regular flights to Murcia and Alicante airports also make the region very accessible.

Although San Pedro del Pinatar and the Mar Menor are located at the northern tip of the Costa Cálida, it is still seen as the tourist heart of this stretch of the Mediterranean. Despite an annual influx of many tourists, the small town has managed to maintain a typical Spanish atmosphere. But the big draw here is the Mar Menor (Lesser Sea). With an area of 170 km2, this inland sea is the largest saltwater lagoon in Europe. 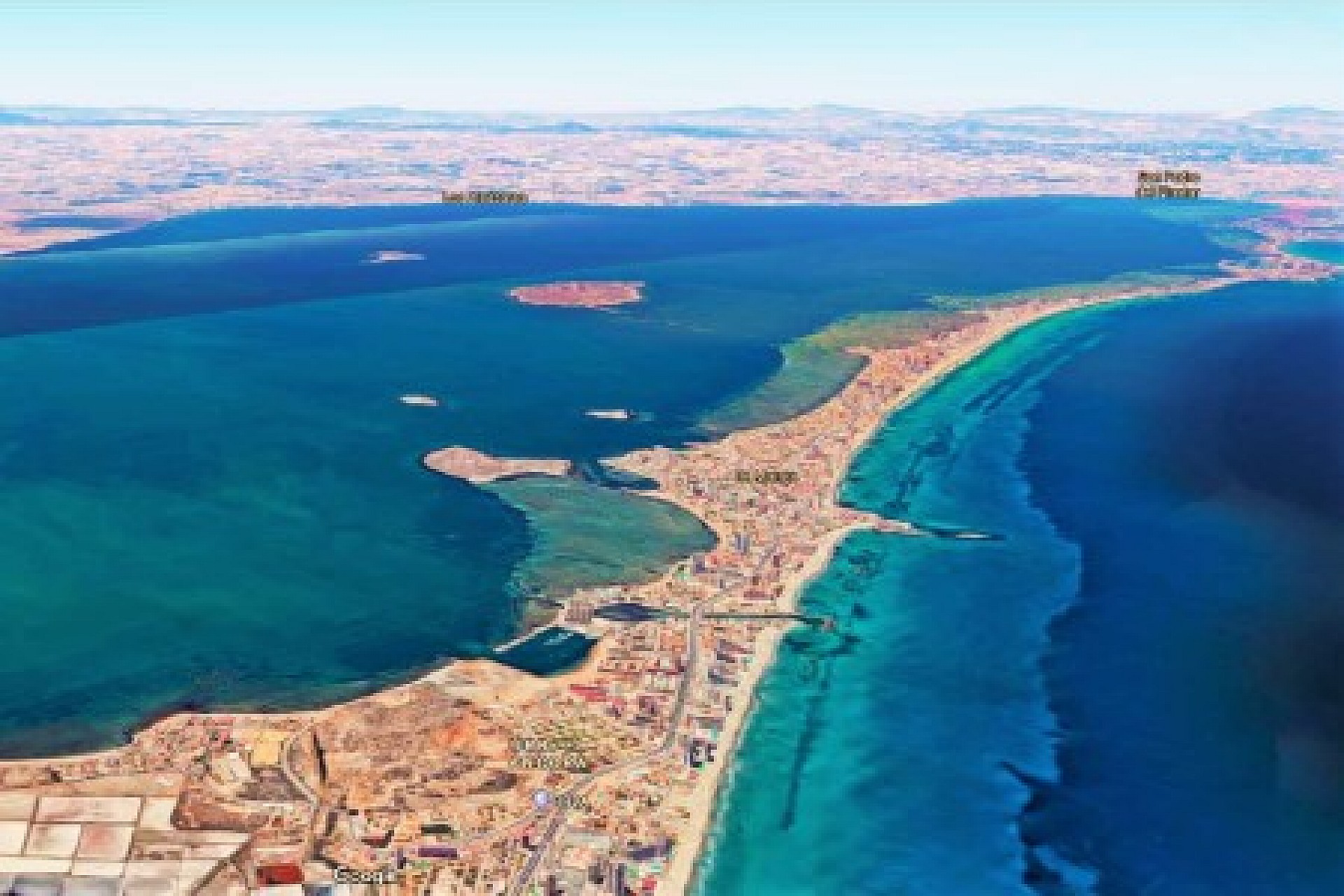 Other places that share the look of the Mar Menor include San Javier, Santiago de la Ribera and Los Alcázares. What makes the inland sea so popular are the relatively high water temperatures and the presence of mud baths, which have a healing effect on the health of many people. The Mar Menor is separated from the Mediterranean by a 22-kilometer narrow strip of land called La Manga. 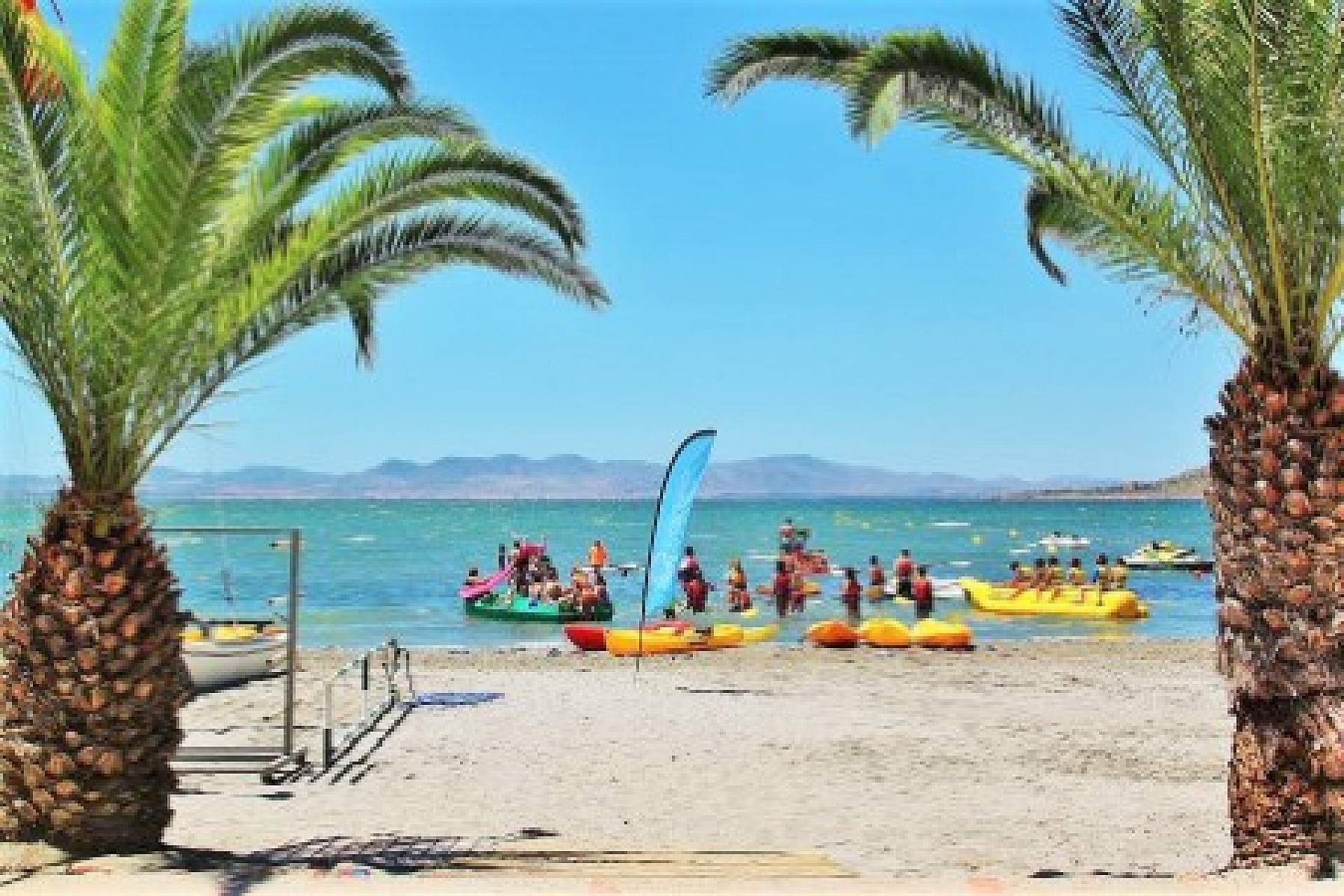 Further south on the coast one can of course enjoy the usual beach fun thanks to the wide range of water sports activities on offer. Diving and snorkeling are also popular sports. The clear water with the most diverse types and sizes of fish is one reason. More experienced divers, however, like to explore the 'sea cemetery' that has been created over the centuries by the many shipwrecks. Those who prefer a more relaxed activity can settle down on one of the countless terraces along the Mar Menor, where you can watch life pass by while enjoying a drink or a meal. 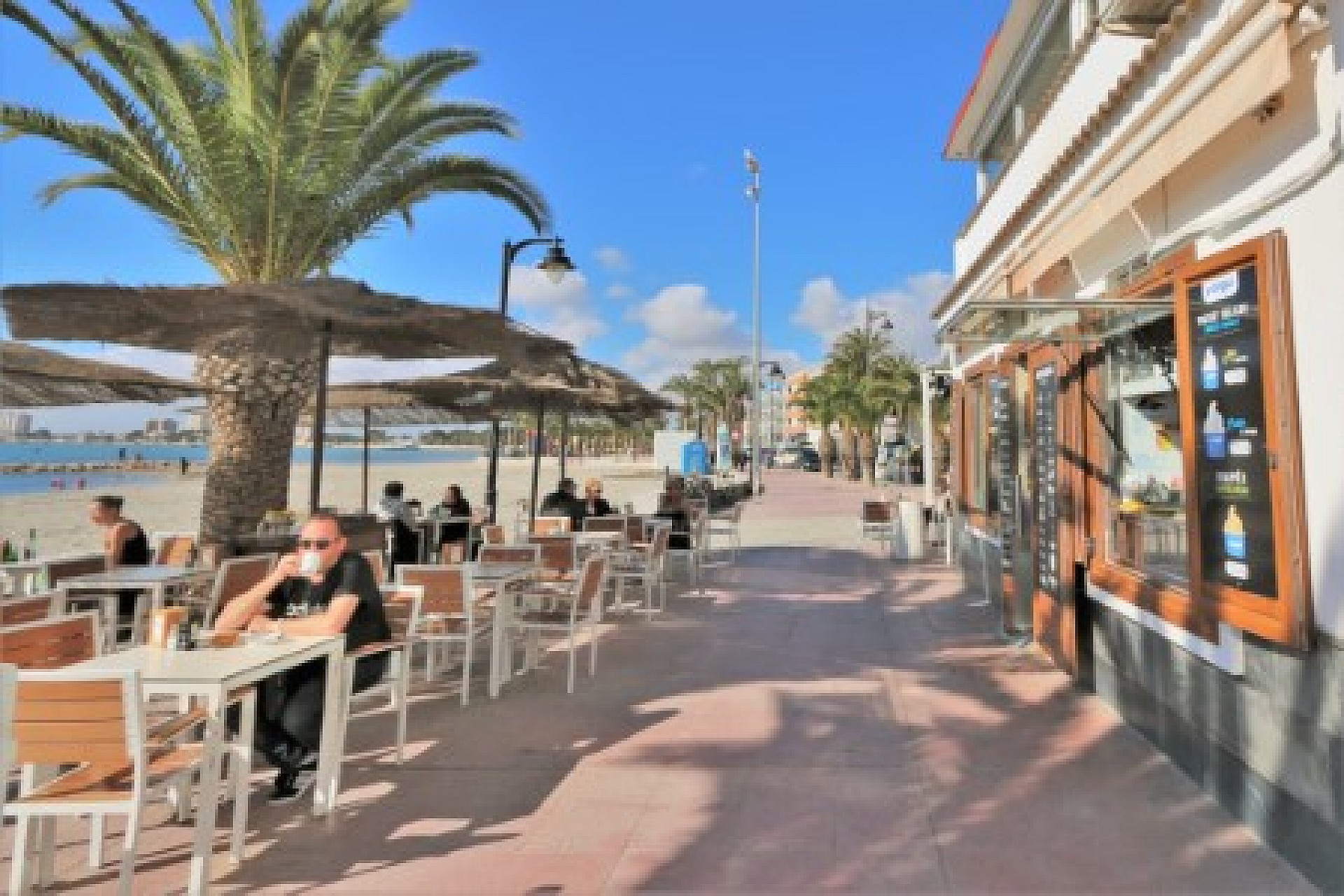 The direct, fairly flat hinterland of the coastline is a paradise for walkers, golfers and cyclists. Further inland in the hills and mountains, hikers, mountaineers, nature lovers, bird watchers and cave visitors will find much to their liking. 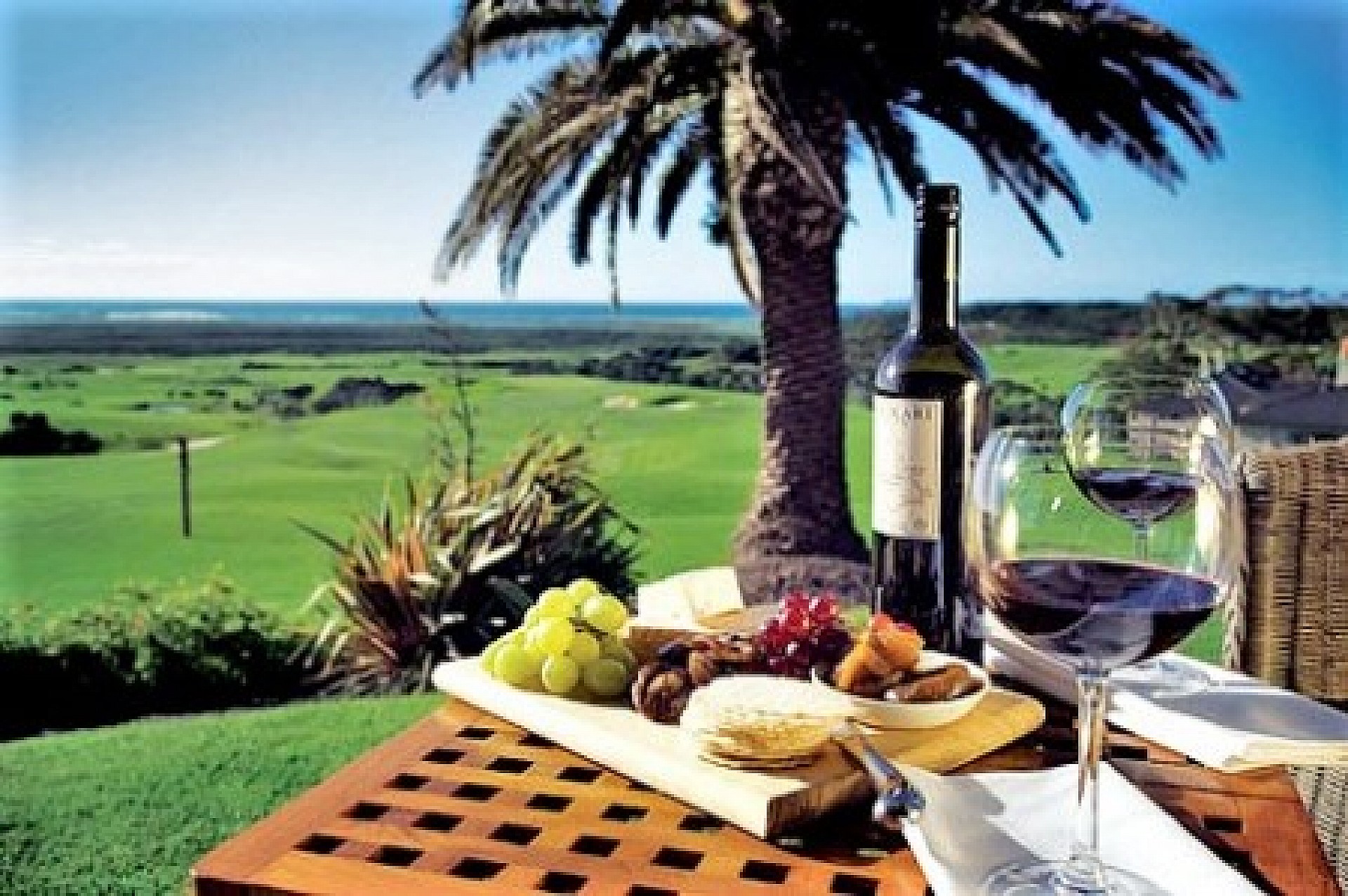 The province of Murcia has traditionally been one of the most important agricultural areas in Spain. In the hinterland of the beaches, fruit and vegetable cultivation still covers more than a third of the total territory. The mix of a good climate and fertile soil has two more interesting side effects. The province is a major wine producer and has some of the most renowned and prestigious golf courses in all of Spain. The latter is partly because the good soil guarantees lush vegetation. Wine lovers can follow the wine route in the province.

The province of Murcia is also home to a series of historically interesting cities and towns. The two most important cities from a cultural and historical point of view are the capital Murcia and the port city of Cartagena.

Murcia is a big city, but still has a strangely relaxed atmosphere. This is probably in the genes of the Murcians, but the fact that large parts of the city center are car-free also helps. An ideal place to experience that relaxed atmosphere is the famous Plaza de las Flores. On this large square, visitors can marvel at the beautiful Art Nouveau houses while enjoying a coffee.

An oasis of calm can also be found in the large park Floricablanca Gardens where giant ficus trees demand attention while providing welcome shade. 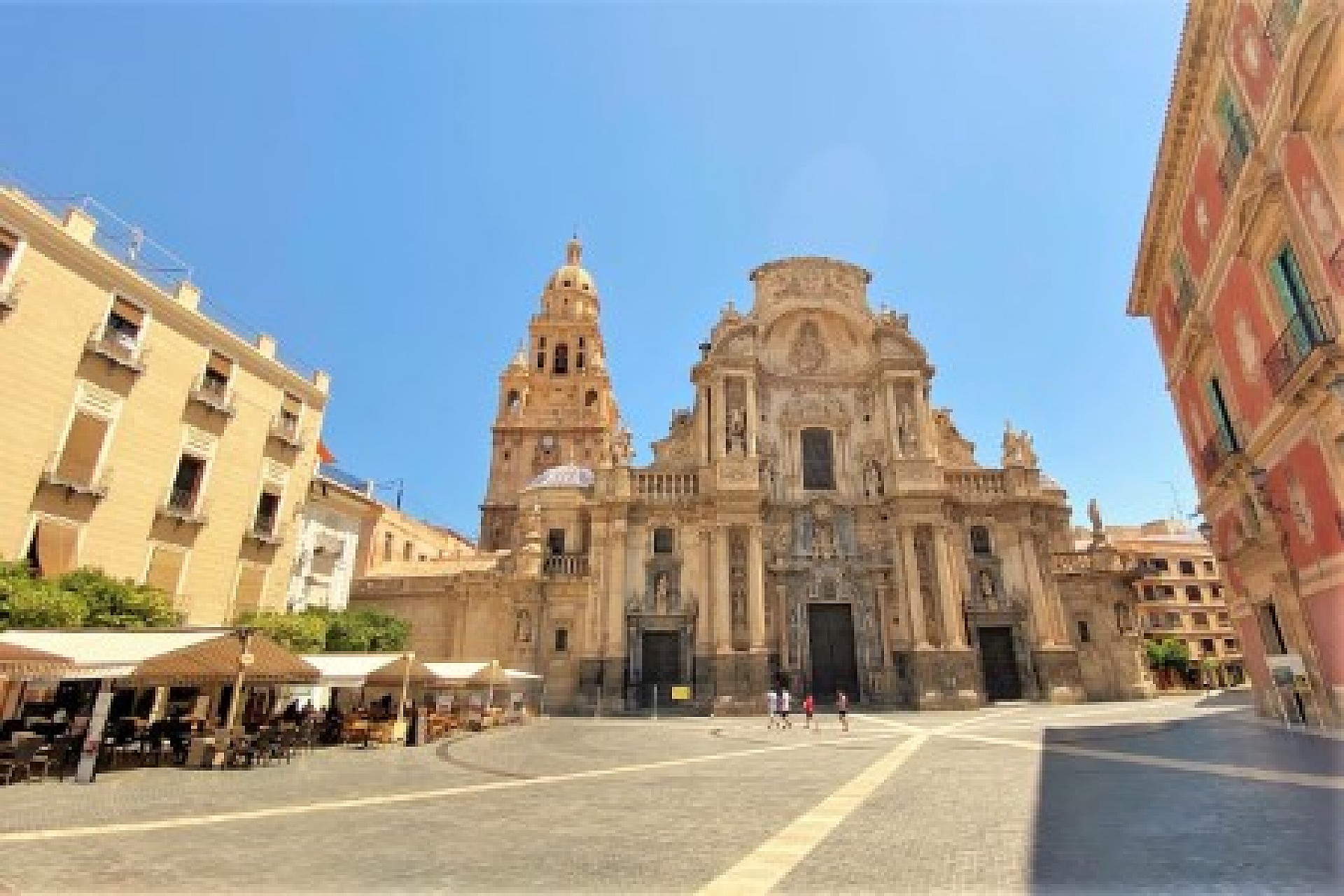 The number 1 attraction in Murcia is without a doubt the cathedral of Santa Maria. It is known as a pinnacle of Baroque architecture. As it took three centuries for the cathedral to be completed, Gothic and Renaissance elements can also be discovered in the architecture. Other beautiful buildings are the Bishops Palace, the Real casino and the impressive Monteagudo castle just outside the city.

Celebrations and processions are, how could it be otherwise, an important place in Murcia. The Easter Procession is known as one of the most famous in Spain and a week later the colorful spring festival is already on the agenda.

The main attraction in the port city of Cartagena is the 2,000-year-old Roman theater. Not only the good conservation and its size appeals to the imagination. The fact that the theater was only discovered in 1988 during work under the ruins of the old cathedral, borrows it unbelievable. A visit to the theater can be combined with 1 of 3 historical walking routes through the city, which give a good idea of the developments in Cartagena over the centuries.

As one of the most important port cities in Spain, Cartagena is also very popular with museum enthusiasts. An archaeological, military and Spanish Civil War museum are just three of the many museums. As in Murcia, large parts of the city center have been made car-free, so that it is pleasant to walk. 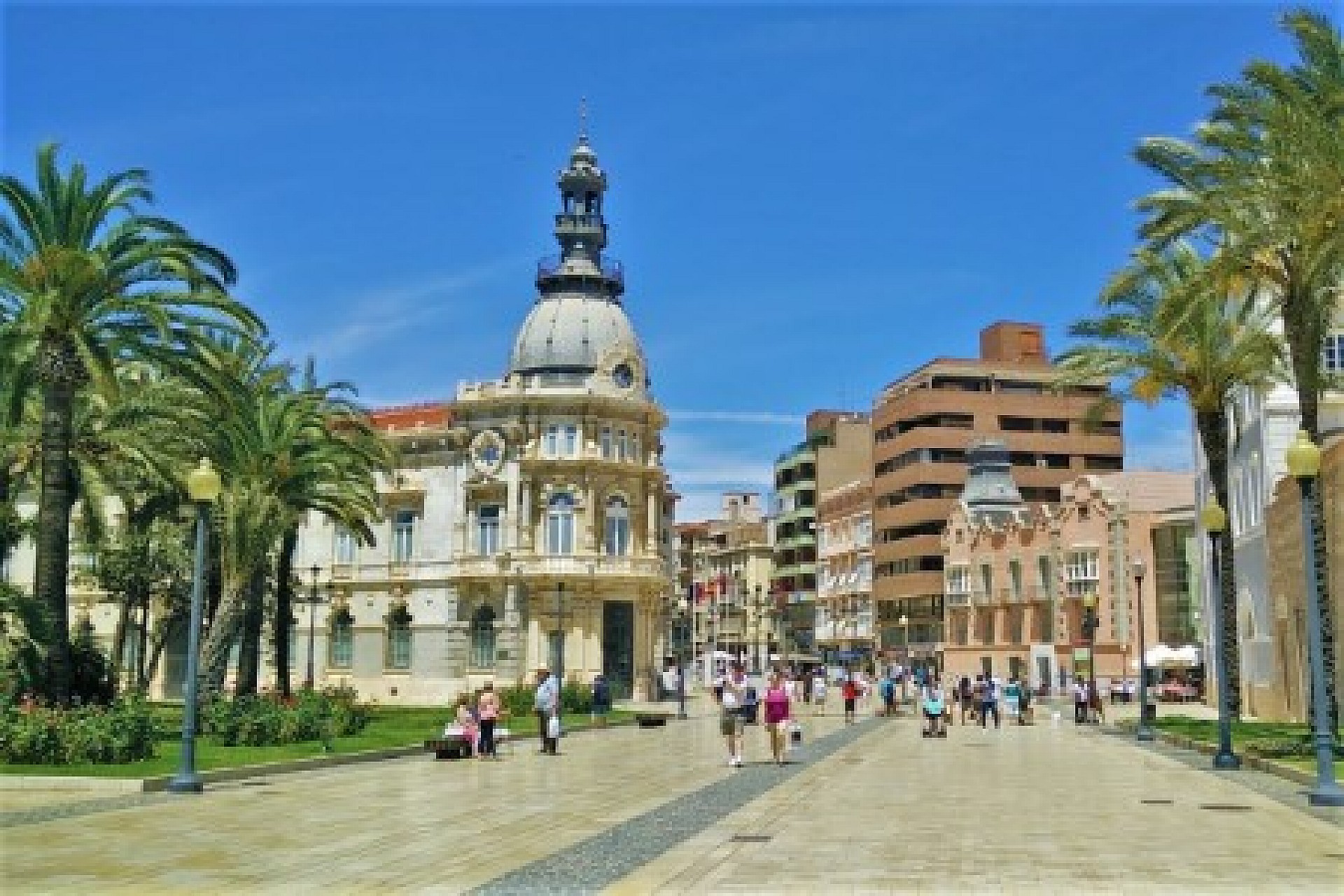 Parties and festivals are preferably tackled grandly in Cartagena. For example, the jazz festival, which annually attracts international big names from the world of jazz, lasts from the end of October to the beginning of December. Many people have only recovered a bit from the feasts of the Cartageners and the Romans, who keep the city under the spell for ten days in September. This spectacular festival is more or less the local variation of the Moors and Christians fiestas a little further north on the coast. Many theater acts recall the distant past, as well as the annual 'battle' between gladiators. The chariot races are particularly spectacular.

Those looking for more peace and quiet can find it during walks in the coastal mountains of Cartagena where, with a bit of luck, you can spot endangered bird species such as the peregrine falcon, golden eagle and hawk eagle.

Read the Costa Cálida in a bird's eye view to see what you can see, do and what there is to experience.