And from the rocks rose the village of Guadalest 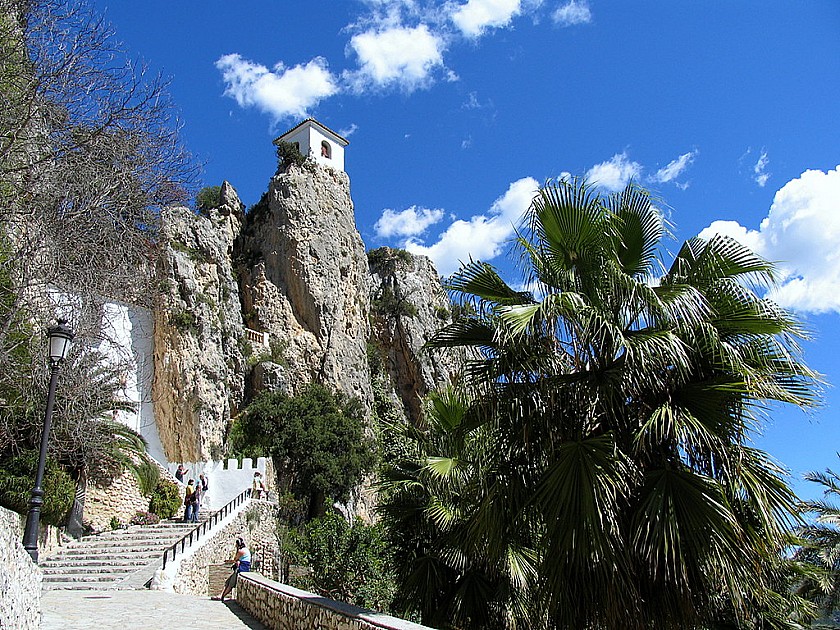 The small mountain village of Guadalest, in the hinterland of Benidorm, seems at first sight as if it just rose from the rocks. It looks strange from a distance. And that is it. In any case, strangely enough to make this 'pimple' of 16 km² the most visited village in Spain.

It already starts with the bizarre way in which Guadalest must be reached. Half hidden behind and on a mountain, after a climb, a narrow opening carved out of the rock of only a few meters wide awaits. Once through this Portalde San Jose, the village reveals itself with its whitewashed, small village houses, which seem to have been frozen in the past. Many of the buildings are now used as souvenir shops or workshops for craftsmen. But in one house, the medieval way of life has been lovingly restored and the visitor can really feel what daily life was like for people in the Guadalest of yesteryear.

A walk on the cobblestones takes you over small squares and streets to an old prison and a multitude of mini museums, several of which are housed in cave houses, which have been 'wrested' from the rocks. The museums highlight both a hobby that got out of hand (20,000 salt and pepper sets from all over the world) and the macabare (a museum with a collection of torture instruments).

However, the pride of the approximately 250 permanent residents is undoubtedly the large castle, which was built by Moorish occupiers in the 11th century. Only in 1609 did armed resistance lead to the expulsion of the rulers. The castle is an impressive testimony to the turbulent history of Guadalest. Although small, the old clock tower Penon de la Alcala is also an important attraction. Anyone who sees it will find it hard to suppress the feeling that the tower has just settled on the mountain slope. And no, there is nothing wrong with your eyes when the building seems to be struggling to maintain balance.

A final pleasant surprise is the view from the top of a beautiful valley with a fairytale water reservoir.